Who wrote that war script…?

Gen. Wesley Clark (retired) claims that ten days after 9 11 military invasions of Iraq and Libya, with several other Middle Eastern countries, were already planned and settled beforehand. Now we have the explanation for the Iraq war, the Libyan war, and any of the other wars that are coming in the near future. It would be wise for us to keep our eyes on Syria, Iran, Sudan, Somalia, Lebanon, the other countries Clark gives on the list for a planned western invasion.

It is likely this video will be banned soon, so here is the transcript:

[Wesley Clark] About ten days after 9/11 I went to the penatagon and I say secretary Rumsfield and Deputy Secretary Wolfweitz.

I said “We are going to war with Iraq? Why” [emphasis added].

So I said “Well did they find come information connecting Saddam to Al-Queda?”

He said, “No, No. There is nothing new that way, they just made the decision to go to war with Iraq.”

He said, “I quess its like, we don’t know what to do about terrorists but we have a good military and we can take down governments”

So I came back to see him a few weeks laters and by that time we were bombing in Afghanistan.

I said “Are we still going to war with Iraq?”

And he said “Oh, its worse than that.”

He reached over on his desk and picked up a piece of paper.

He said, “I just got this down from up stairs from the Secratary of Defense’s office today. This is a memo that describes how we are going to take out 7 countries in 5 years.”

“Starting with Iraq, then Syria and Lebenon. Then Lybia, Somalia and Sudan. Then finishing off Iran.”

[Wesley Clark] “Well starting off with Iraq, then Syria and Lebenon, and Lybia, Somalia and Sudan. and back to Iran.”

PS Update: 2001 plan has been executed 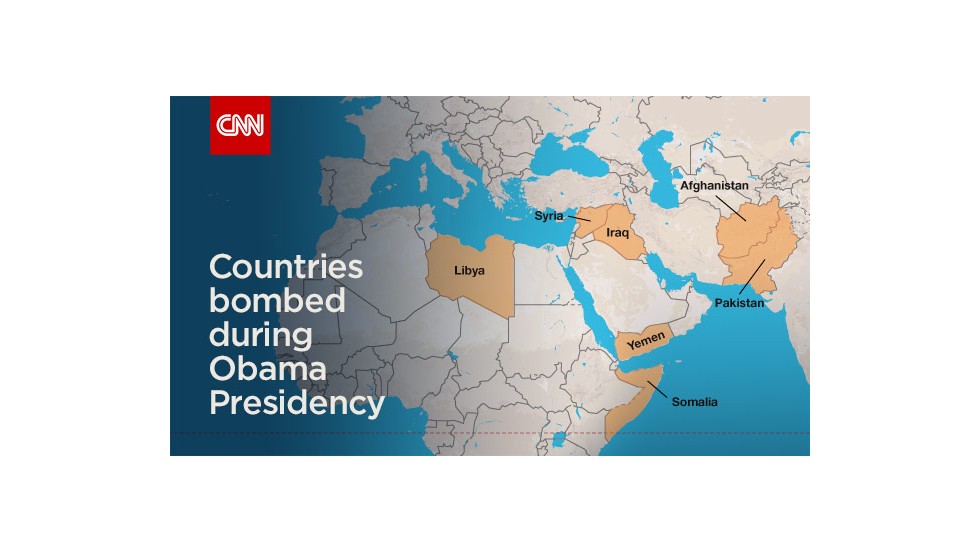 Stop watching TV, and start thinking for yourself. It is time to wake up!

The war with Syria might start as early as June 2012…

Does Ron Paul stand a chance to re-write the script of wars ???

“None are more hopelessly enslaved than those who falsely believe they are free.”  – Johann Wolfgang von Goethe

Corruption and hypocrisy ought not to be inevitable products of democracy, as they undoubtedly are today –  Mahatma Gandhi, Indian Philosopher

“…Again, the devil took Him to a very high mountain, and showed Him all the kingdoms of the world, and their glory; and he said to Him, “All these things will I give You, if You fall down and worship me.” Then Jesus said to him, “Begone, Satan! For it is written, ‘You shall worship the Lord your God, and serve Him only.’” Then the devil left Him; and behold, angels came and began to minister to Him.”   — Matt.4: 8-11    Can you give something that is not yours? Does Satan rule the world?

I believe that banking institutions are more dangerous to our liberties than standing armies. If the American people ever allow private banks to control the issue of their currency, first by inflation, then by deflation, the banks and corporations that will grow up around [the banks] will deprive the people of all property until their children wake-up homeless on the continent their fathers conquered. The issuing power should be taken from the banks and restored to the people, to whom it properly belongs.   — Thomas Jefferson, the 3rd president of US (1743 – 1826)

Nineteen Eighty-Four is a novel by George Orwell (published in 1949) describing a society ruled by the oligarchical dictatorship…  a world of perpetual war, pervasive government surveillance, and incessant public mind control, accomplished with a political system  which is administered by a privileged elite… official deception and manipulation of the past and current events in service to a totalitarian political agenda.
Could this novel  be a warning about the crisis predicted by many for 2012?  Strangely 1984  encodes  20 ( 19+1) and 12 (8+4) which results in 2012…