I would like to inform you that Voynich Manuscript MS408 is already decoded by me. Each page of the Manuscript, from the first to the last, was read. The Manuscript was written in ancient forgotten Senzar language, like mix of the Vedic Sanskrit and Devanagari, which was before them – Proto-language. The Manuscript was written in November-December 1417, in Vilnius, by Metropolitan of Kyiv and All Rus-Ukraine, Lithuania, Zhemaytia, Mlodovlakhia (Moldova), Gregory (Gabriel) Tsamblak (Samvlah), and his monks specially for the Queen of Bavaria and Bohemia Sophia, who was the second wife of King Wenceslav IV.
This Manuscript was written because Queen Sophia considered herself a goddess Ra, after burned down Jan Hus, and Jeronim of Prague.
I was working with decoding this Manuscript almost 16 years.
— Viktor V. Mykhaylov,

When the reader begins to read the Voynich Manuscript, the book is starting to put the life spirit into the artistic images, which starting to be up in the air, and penetrate through the skin, which is wired for the sound by book, and a desire occurred to a reader – to observe the enlighten pages.

Likewise, for me, this Manuscript became a kind of stimulus that did not keep me calm, and did not go out of my mind. I was constantly worried about the question: How would I read at least a few pages of the Manuscript?

Nature gave me the gift of the researcher and romance, but the importance of some things intuitively always felt.

Exploring Ancient History, and searching for the origin of the languages of different peoples of the World, I came to the conclusion that the letters of the Manuscript are very similar to the letters of Sanskrit and Devanagari. It gave a solution to the definition of each letter of the alphabet of the forgotten ancient language Senzar, and to read the text of the Manuscript.

Thanks to research of Greg Hodgens from the University of Arizona, in 2011, I could find the author of the Manuscript – Gregory Samvlah, and the recipient of this  Manuscript – Queen Sophia.

For some reason, researchers were more attracted by the idea of belonging to the letters of the text, the alphabet itself, to some kind of Latinized language.

They tried hard to prove that the text was written in some ancient language, which was once used in Europe, and was similar to English, German, Italian or some other Latin language, including Latin itself.

That the main actors were completely different people – King Rudolph II, scientists from the Czechia – Bohemia, than those, on which all the time later, began to pay attention, and attribute the authorship of the Manuscript.

Also, great importance in the decoding of the text of the Manuscript, and the definition of all letters of the alphabet, which was used to wright the Manuscript, was that, none of the researches turned to the search Proto-language. That is, it was necessary to move in the direction in searching the language, which was the very first language, even before Vedic Sanskrit. This is the solution to all the problems of decoding.

Having determined this direction, I was able to determine the meaning of all the letters of the Manuscript,  as well as the language in which this text was written, using the method of comparative historical research. Finding the meaning of the letters led me to the study of the content of the text, which contained a huge amount of information on mythology, history, philosophy, astronomy, astrology, and many other things.

Drawings of different plants, their parts: roots, leaves, drawings of the signs of the Zodiac in Manuscript, and the grope bathing of naked women, also related to the fact that Gregory Samvlakh wanted to explain to Queen Sophia that she has a heredity disease, that is, she and her husband Wenceslavs IV has common ancestors. And her childlessness must be treated with natural remedies, that is a means of folk Natural medicine, which have been used by the people for many centuries.

One more mistake of the researchers of the Manuscript was that they perceived different combinations of two, three, four letters, as one, or only took some separate parts of these combinations, and issued it as some one letter. If they, at least once, learned the letters and their connections in Sanskrit and Devanagari very carefully, they could have noticed that they are similar to the letters of the Manuscript. That is, the text itself contains diphthongs,  triphthongs, and combinations of four letters, which are read as separate words.

Also, the mistake of the researchers was the incorrect interpretation of the origin of the Manuscript – that the ancient castles were only in Italy, and nothing  in the other parts of Europe. These castles were and are now. Also, there are some remnants. It’s just that we need to open our eyes, and look very carefully around.

The result of my research for almost 16 years, was the writing of this book “Mystery of Senzar”. It contains a very concentrated explanation of the origin of the Manuscript, the reason for its writing, and who was the author and recipient. I hope the book will be interesting to readers. At the present time, I’m working on a more complete version of the book that will contain the full text of the scanned Manuscript.

With the best regards, 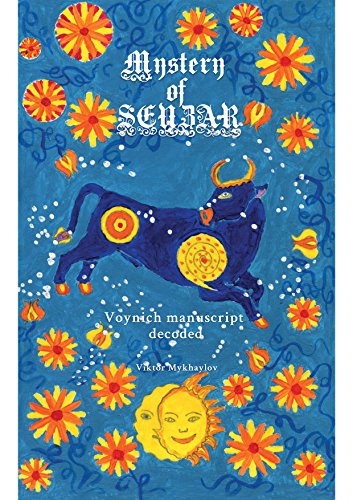 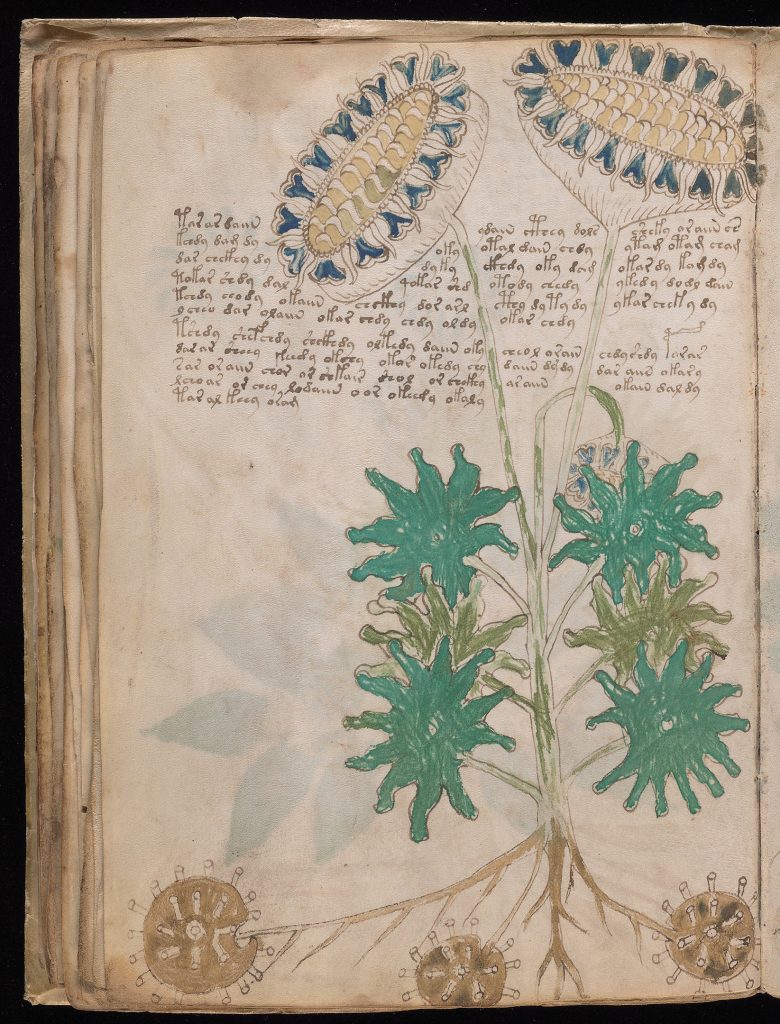 Finaly, the most mysterious book in the world was decoded. There is first page of the manuscript. It’s not the very first, because few first pages were pulled out by the addressee of the document. After 16 years of manuscript, Sanscrit and Devanagari styding and analysis we can say about it’s decoding. The language of manuscript is Senzar with some Egyptian hieroglyphs. Some words sound similar to Sanscrit and some modern Slavic languages.