The Hermetica are Egyptian-Greek wisdom texts from the 2nd century or earlier, which are mostly presented as dialogues in which a teacher, generally identified as Hermes Trismegistus (“thrice-greatest Hermes”), enlightens a disciple. The texts form the basis of Hermeticism.
They discuss the divine, the cosmos, mind, and nature. Some touch upon alchemy, astrology, and related concepts. 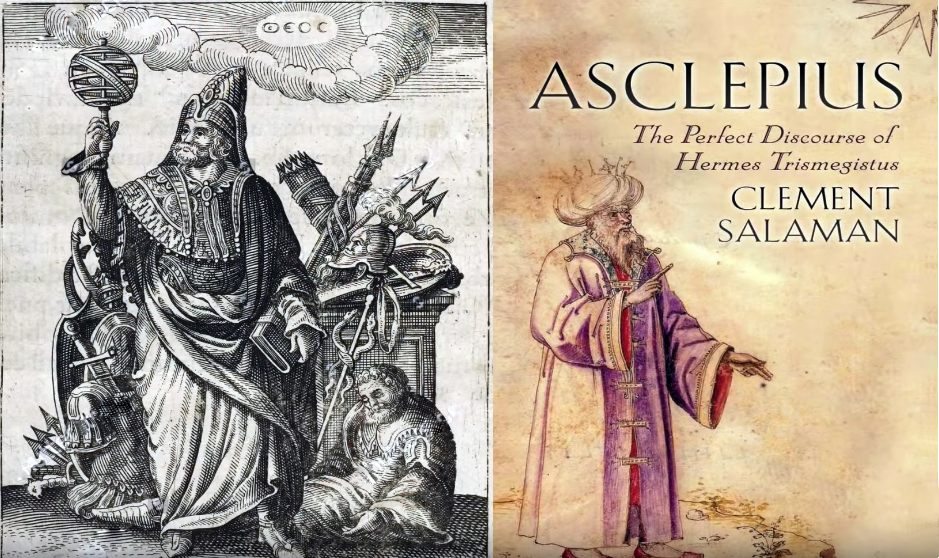 There will come a time when it will have been in vain that Egyptians have honored the Godhead with heartfelt piety and service; and all our holy worship will be fruitless and ineffectual. The Gods will return from earth to heaven; Egypt will be forsaken, and the land which was once the home of religion will be left desolate, bereft of the presence of its deities.

They will no longer love this world around us, this incomparable work of God, this glorious structure which he has built, this sum of good made up of many diverse forms, this instrument whereby the will of God operates in that which he has made, ungrudgingly favoring man’s welfare.

Darkness will be preferred to light, and death will be thought more profitable than life; no one will raise his eyes to heaven; the pious will be deemed insane, the impious wise; the madman will be thought a brave man, and the wicked will be esteemed as good.

As for the soul, and the belief that it is immortal by nature, or may hope to attain to immortality, as I have taught you; all this they will mock, and even persuade themselves that it is false. No word of reverence or piety, no utterance worthy of heaven, will be heard or believed.

And so the Gods will depart from mankind – a grievous thing and only evil angels will remain, who will mingle with men, and drive the poor wretches into all manner of reckless crime, into wars, and robberies, and frauds, and all things hostile to the nature of the soul.

Then will the earth tremble, and the sea bear no ships; heaven will not support the stars in their orbits, all voices of the Gods will be forced into silence; the fruits of the Earth will rot; the soil will turn barren, and the very air will sicken with sullen stagnation; all things will be disordered and awry, all good will disappear.

But when all this has befallen, then God the Creator of all things will look on that which has come to pass, and will stop the disorder by the counterforce of his will, which is the good. He will call back to the right path those who have gone astray; he will cleanse the world of evil, washing it away with floods, burning it out with the fiercest fire, and expelling it with war and pestilence.” 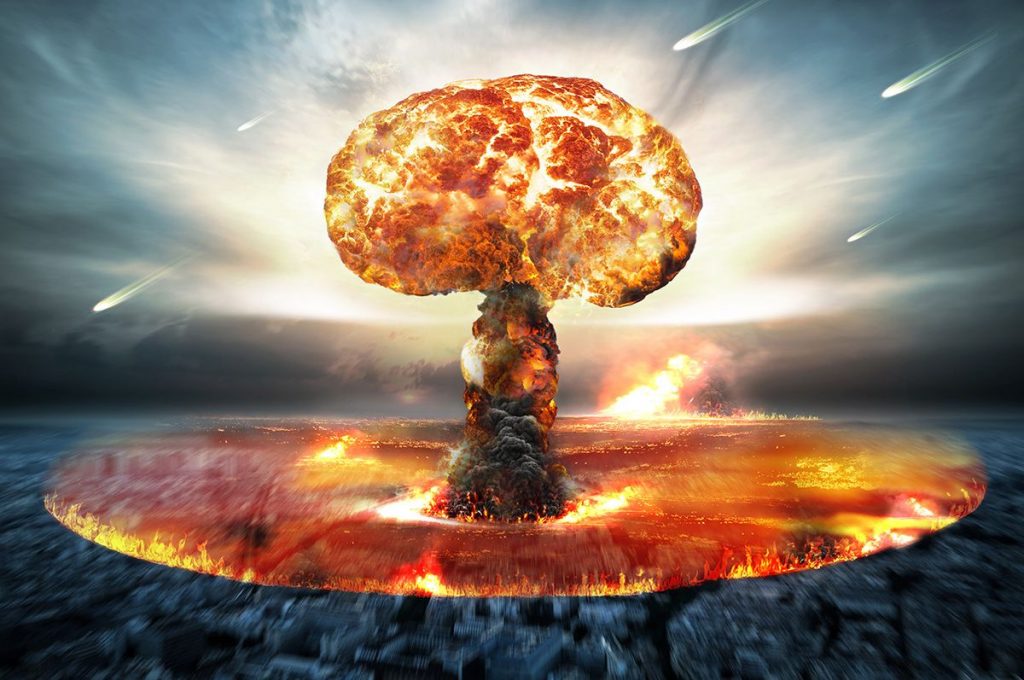 THOTH’s PROPHECY read from the Hermetic Texts by Graham Hancock

The following excerpt is from the Thrice-Greatest Hermes, Vol. 2, by G.R.S. Mead, [1906], provided at sacred-texts.com

1. Asc. Thou dost not mean their statues, dost thou, O Thrice-greatest one?

Tris. [I mean their] statues, O Asclepius,—dost thou not see how much thou even, doubtest?—statues, ensouled with sense, and filled with spirit, which work such mighty and such [strange] results,—statues which can foresee what is to come, and which perchance can prophesy, foretelling things by dreams and many other ways,—[statues] that take their strength away from men, or cure their sorrow, if they do so deserve.

Dost thou not know, Asclepius, that Egypt is the image of the Heaven or, what is truer still, the transference, or the descent, of all that are in governance or exercise in Heaven? And if more truly [still] it must be said,—this land of ours is Shrine of all the World.

2. Further, in that ’tis fitting that the prudent should know all before, it is not right ye should be ignorant of this.

The time will come when Egypt will appear to have in vain served the Divinity with pious mind and constant worship; and all its holy cult will fall to nothingness and be in vain.

For that Divinity is now about to hasten back from Earth to Heaven, and Egypt shall be left; and Earth, which was the seat of pious cults, shall be bereft and widowed of the presence of the Gods.

And foreigners shall fill this region and this land; and there shall be not only the neglect of pious cults, but—what is still more painful,—as though enacted by the laws, a penalty shall be decreed against the practice of [our] pious cults and worship of the Gods—[entire] proscription of them.

3. Then shall this holiest land, seat of [our] shrines and temples, be choked with tombs and corpses.

O Egypt, Egypt, of thy pious cults tales only will remain, as far beyond belief for thy own sons [as for the rest of men]; words only will be left cut on thy stones, thy pious deeds recounting!

And Egypt will be made the home of Scyth or Indian, or some one like to them,—that is a foreign neighbour.

Ay, for the Godly company shall mount again to Heaven, and their forsaken worshippers shall all die out; and Egypt, thus bereft of God and man, shall be abandoned.

4. And now I speak to thee, O River, holiest [Stream]! I tell thee what will be. With bloody torrents shalt thou overflow thy banks. Not only shall thy streams divine be stained with blood; but they shall all flow over [with the same].

The tale of tombs shall far exceed the [number of the] quick; and the surviving remnant shall be Egyptians in their tongue alone, but in their actions foreigners.

1. Why dost thou weep, Asclepius? Nay, more than this, by far more wretched,—Egypt herself shall be impelled and stained with greater ills.

For she, the Holy [Land], and once deservedly the most beloved by God, by reason of her pious service of the Gods on earth,—she, the sole colony of holiness, and teacher of religion [on the earth], shall be the type of all that is most barbarous.

And then, out of our loathing for mankind, the World will seem no more deserving of our wonder and our praise.

All this good thing, —than which there has been fairer naught that can be seen, nor is there anything, nor will there [ever] be,—will be in jeopardy.

2. And it will prove a burden unto men; and on account of this they will despise and cease to love this Cosmos as a whole,—the changeless work of God; the glorious construction of the Good, comprised of multifold variety of forms; the engine of God’s Will, supporting His own work ungrudgingly; the multitudinous whole massed in a unity of all, that should be reverenced, praised and loved,—by them at least who have the eyes to see.

For Darkness will be set before the Light, and Death will be thought preferable to Life. No one will raise his eyes to Heaven; the pious man will be considered mad, the impious a sage; the frenzied held as strong, the worst as best.

3. For soul, and all concerning it,—whereby it doth presume that either it hath been born deathless, or that it will attain to deathlessness, according to the argument I have set forth for you,—[all this] will be considered not only food for sport, but even vanity.

Nay, [if ye will] believe me, the penalty of death shall be decreed to him who shall devote himself to the Religion of the Mind.

New statutes shall come into force, a novel law; naught [that is] sacred, nothing pious, naught that is worthy of the Heaven, or Gods in Heaven, shall [e’er] be heard, or [even] mentally believed.

4. The sorrowful departure of the Gods from men takes place; bad angels only stay, who mingled with humanity will lay their hands on them, and drive the wretched folk to every ill of recklessness,—to wars, and robberies, deceits, and all those things that are opposed to the soul’s nature.

Then shall the Earth no longer hold together; the Sea no longer shall be sailed upon; nor shall the Heaven continue with the Courses of the Stars, nor the Star-course in Heaven.

The voice of every God shall cease in the [Great] Silence that no one can break; the fruits of Earth shall rot; nay, Earth no longer shall bring forth; and Air itself shall faint in that sad listlessness.

1. This, when it comes, shall be the World’s old age, impiety,—irregularity, and lack of rationality in all good things.

And when these things all come to pass, Asclepius,—then He, [our] Lord and Sire, God First in power, and Ruler of the One God [Visible], in check of crime, and calling error back from the corruption of all things unto good manners and to deeds spontaneous with His Will (that is to say God’s Goodness),—ending all ill, by either washing it away with water-flood, or burning it away with fire, or by the means of pestilent diseases, spread throughout all hostile lands,—God will recall the Cosmos to its ancient form so that the World itself shall seem meet to be worshipped and admired; and God, the Maker and Restorer of so vast a work, be sung by the humanity who shall be then, with ceaseless heraldings of praise and [hymns of] blessing.

2. For this [Re-] birth of Cosmos is the making new of all good things, and the most holy and most pious bringing-back again of Nature’s self, by means of a set course of time,—of Nature, which was without beginning, and which is without an end. For that God’s Will hath no beginning; and, in that ’tis the same and as it is, it is without an end.