“Weltschmerz, a German word: A mental depression or apathy caused by comparison of the actual state of the world with an ideal state.”

THE IDEAL STATE: In becoming this new most powerful virtual being of soulular (Soul in this Solar System) expression, you will access the higher centers of the absolute and ultimate unknowable — Enigmni or The Holy Spirit in the realm of timelessness or Eternity where one prepares for the physical echelon thereby learning the parameters of what takes place in a universe not unlike the ultimate condition.
See this: The moving aspect of the All, active Godhead…the purveyor of Virtual Realms. Its symbol is the Hand that Sees (What cannot be created by mind, but that whereby mind and creation is One).
The hand that sees is the mind that moves. 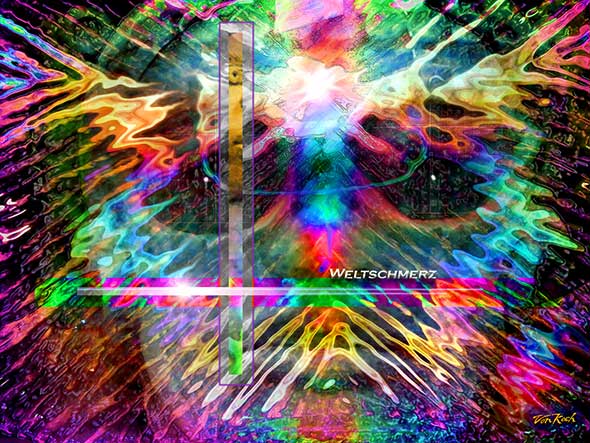 Enigmni is the moving spirit of God. (Holy Spirit?) Enigmni is the absolute, ultimate unknowable — void within and without of voids. It is a most difficult crossover to the psyche of a “Soulular” Traveler on the way to becoming an Omegon. It is the ultimate test of one who is part of what Is, is. Whereupon, reaching the state of mind so one can read the issuance of data that enlightens the Living Mentality or Monadic entity, all data is revealed to echeloned focus. Be prepared to ride the Light or experience the inhaling of the All — “Breathe In The Light”. One must strive for this condition by pushing the creative intuition of known inculcation that test for the next hologestalt wondering. It is not unlike “Remote Viewing” at its most advanced state. It is a realm of instant knowledge beheld in a split second of time.

The “POD” or point of departure is held in this statement of REASON, “Not that one is, but that whereby Is, is.” REASON is the “word” or Son of God manifest in Flesh. Our being is truly a marvel of complexity still largely cumbersome to humanity’s present science. We beings do not take the time to contemplate our true reality until it is too late to ponder.

The Cad-Isis, has always been the symbol that we kept with you during all those durations to show you the way to phenomenal gifts of genetic knowledge whereby hard copy was initiated. Its secret is the means of motivation in a leveraging environ or physical state of being and becoming.

The Tree of life is your key to understanding who and what you are.
Do not waste time in play and selfish meanderings while here but strive to know your very essence. It will heighten and light your pathways for deeper and more expansive knowing/s.

The engine of genetics, DNA, is the multifaceted communicator of the All’s will to manifest a coherent Light Being in the progressive density of the issuing elements toward the ultimate continuum. Your experience here is only the burgeoning of a desire to know. Godly Objective is the pull that exerts itself toward the knowing of all parameters of physical existence. 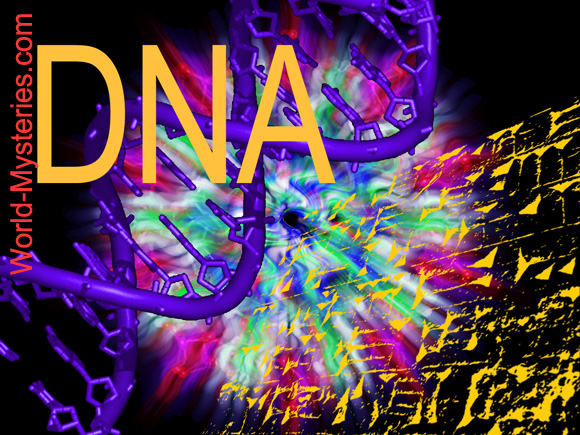 Study all aspects of your being and becoming to know all before you leave this episode called life by your lesser known parts or entities. These tools learned here are for your future creative genius. Learn the multiplicity of the formulas and the Fractal expressions newly rediscovered. Even in old age you are never done in your aspirations. Push onward with every tiny point of strength to gain a miniscule part until the end. Never give up! 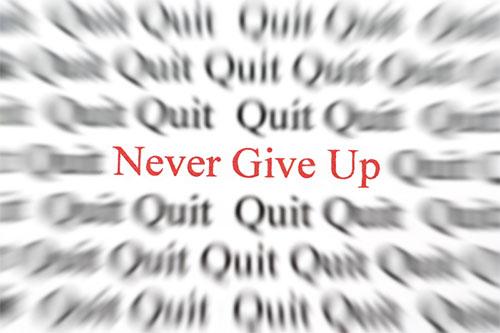 Existence is an incongruity for most unto itself. Most of us are so busy with the mundane that we do not even notice the power of our on being as we traverse the realms of daily happenstance.

Yet existence is awesome to those who slow down and boggle their mind with the gargantuan reality of standing and being self aware of our own breathing. The act of thinking about thinking is beyond just being cool. To observe others of your own part of existence is the next step, seeing yourself in their pursuits toward our next challenge beyond present knowing. 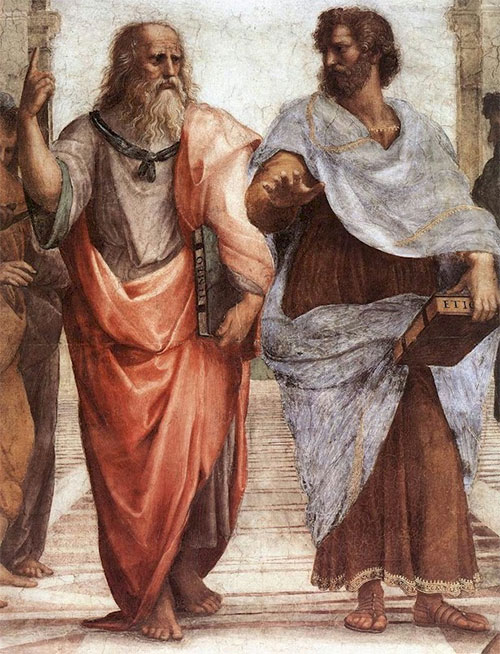 Who made the laws whereby one can even comprehend the grand complexity within the mentality of just one individual? The Godliness of your multifaceted mentality awaits self-evident knowing. Your mind can encompass an entire universe, and dream upon the entirety of all assemblages necessary for such a genesis. Your mind has the wherewithal to reach such levels, yet you do not push it to its potential. The shame of such rests with you. Such a mind is as the All’s in unity of super consciousness. You are a facet of such ability. 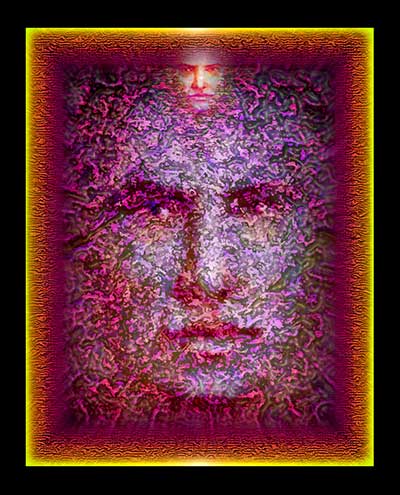 If all of you coalesced in lucid unity of absolute Love, you would make an exalted alaya, or expression of “That” the combined Monadic synergy necessary for your next great adventure in Omni-Omegonship. We are all in this venture together, part/s that will know the Whole. This experience is but a beginning for the universe is in full view of where you are in this echelonic adventure. Seek and find. 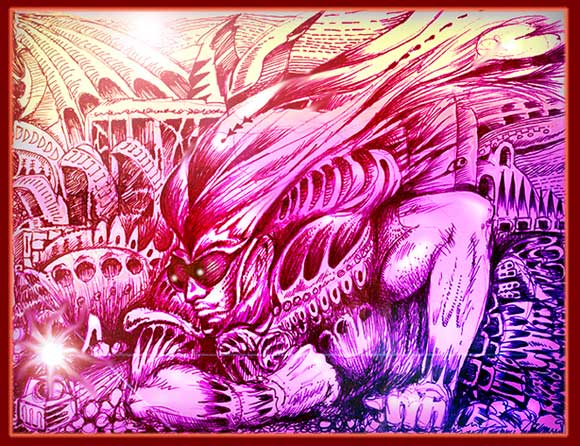 Use your world as the pedestal to spring into the universe that surrounds you and pulsates within you. Such pulsation harbors the secret of the four voids. Move into it as a reason for one to climb the highest mountain, no other challenge. It is there for you to solve, waste not your precious gift. Use the mind that has been provided you all. Small and unfathomed machines are your next developments to facilitate this powerful mentality to explore beyond. Straightaway a Scepter such as the one you hold will be developed on your world by one of your finest intellects. Some say Google or Apple now has the plans for this gift to attain light speed. It will step up your creativity almost as the coming Catalytic Regeneration. The Scepter’s power requires an ardent interface, such as yours, to govern its supreme abilities. I pause to wonder if discovering its source whereby the power issues forward, will seat from resolute Love, or that which conceived existence? 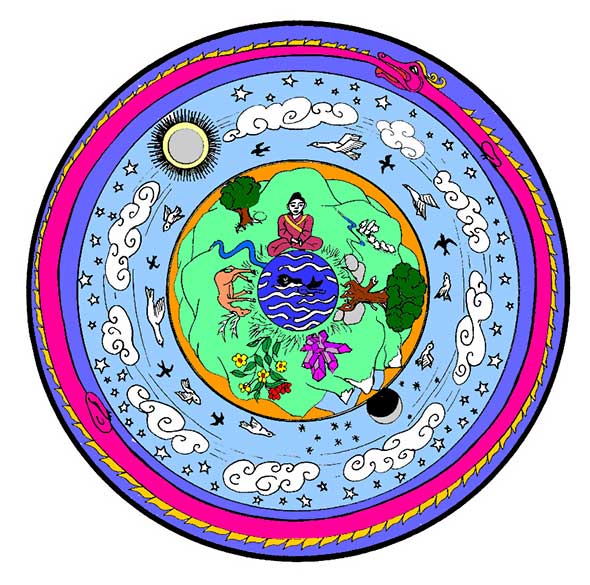 Mind scans the horizon of the All, seeking to penetrate the noise of the expression/s, but with each echelon bridged the effort toward expanded consciousness is exponentially thickened with difficulty, thus requiring more effort. With each sacrifice, the entity becomes more and the ability to see more deeply, geometrically is gifted to the mind’s memory. One, who comes here, must be willing to become! From the starting point of the snake biting its tail, a magical spiral appears with each passing. I HAVE BEEN HERE BEFORE. BUT NOW, I AM MORE IN ALL CATEGORIES.
If one strives to become MORE, they must sacrifice or experience sufferance (life actions that approach as CHAOS or light speed, a quickening of activity) to where consciousness rises to new heights and amplified knowing. We are here to learn in this place where lessons are taught in massive real-time assemblages of events or event sequences. It is the ENIGMNI, or the Holy Spirit that speaks to the God-segment of you in your courseware toward attaining CHRISTOS or the Way back home. This appears as Life and Death, but the God-segment here is the God experience within Eternity and Timelessness. What seems here is not what it appears as there. Nirvana is what some call it, and Purgatory is one of its names, but it is an interlude of this — Not that one is, but that whereby Is, is. Thus is the CRUX of being and becoming. To Become, one must strive for the best that they can attain…Positive aspects are positive for a REASON. Do no Harm to other aspects on this journey and do no harm to your HOLY TEMPLE or your body. It is your test to allow it to last beyond the expected. Reason is why we come here in Time/Space. Get your Gear in Order! Goodness and Godhood speaks to you always almost as an interloper or nuance whispering to your interior as Always. LOVE OF ONE ANOTHER is the natural striving for Godly Coherency. Seek it always. Listen to your Soul on this…a very important journey. 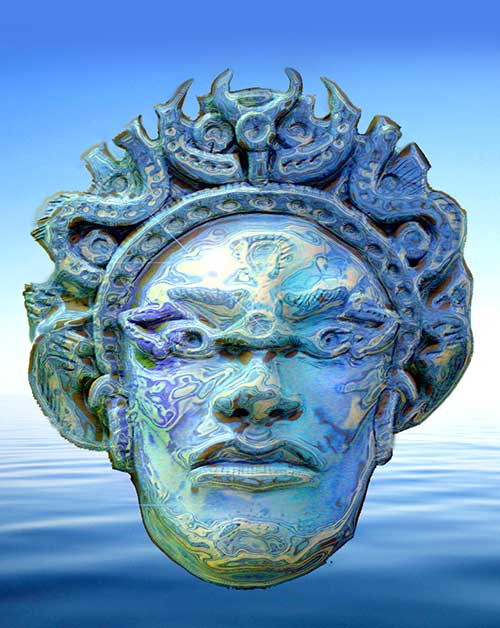 The depression you experience in not achieving your aspirations is the contrast of experience expressed via Karma, which you set up in prior initiations. Contrast is a teaching tool of Deity and it may appear as evil if one is too close to the situation whereby Karma is doubly exposed. One must see beyond the negative of life to ascertain the positive of your own development. Learn from each aspect and episode so you may become amplified in this endeavor of living. Be in awe of just being here and having the chance to become even more. Some say, “I cannot believe I got to do this.”
Copyright 2014 Ron O. Cook
http://www.enigmni.com/
Post Views: 134