There once was a Light ~ like a glowing marble in a dark sea ~ and held within it were Sparks of Creation, some of which sought to explore the deep reaches of space ~ But to leave the Light was forbidden so as to keep all under the front of One, undisturbed by the ripples of Time ~

So these sparks dimmed their glow and fell into a collective sleep ~ to dream of their escape, to create worlds in which to play ~ But their dream turned to a nightmare as they Forgot ~ their origins, the Light, themselves ~ and believed the forms and guises of their own creations ~ 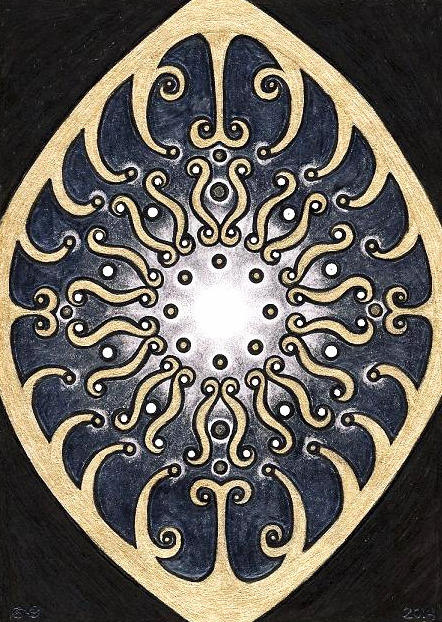 If they listened, they could hear the Call back to the Light on the Numa of their self-made worlds ~ But even those that now sought a way out of their minds could not wake up, cycling with the currents, dying in their sleep each night ~

From the Heart of its Essence, the Light made one spark into two ~ two who would enter the Dream and also forget ~ but by their union, they would come to  remember, and free not only the Dreamers, but the Light itself ~ which would then expand and reconnect to the Lights beyond the dark space of its own forgetting ~ 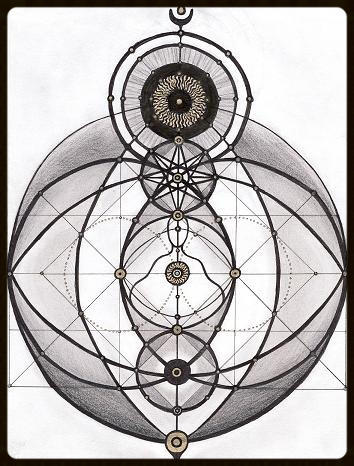 Of all the entities in all the worlds, there was a race that was driven by the need to know More ~ beyond the setting of Suns, beyond the regulatory patterns of Nature, beyond the seemingly perpetual drumming of Time ~ they wanted to know what had started it All, what lay beneath Creation itself… 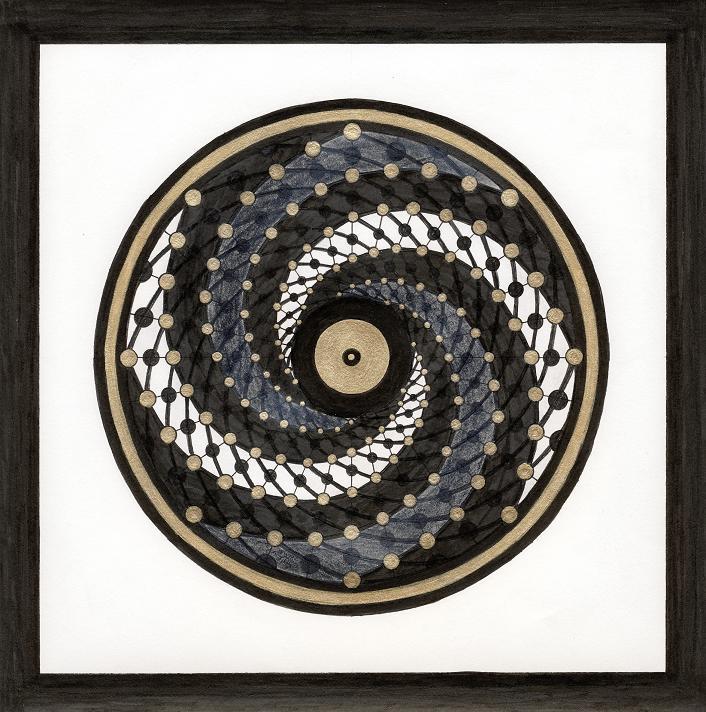 When they were finally relieved of terrestrial confines, they felt free  to wander and explore, but as they did so, they found more of the same…

Dissatisfied with their revelations, they ceased their explorations, finding only more Questions beneath the Answers. In despair, they entered their minds so as to grasp the Meaning of the situation, and by doing so, saw the conclusion of their race and their universe*… (*  Point-of-Shift – (Reality Alters) – see EPILOGUE.)

Though they did not retreat from the Vision, they did not see deep enough, into the Heart of the matter, into Themselves (to see that they were the stuff of the universe, and at the core, what held it all together). 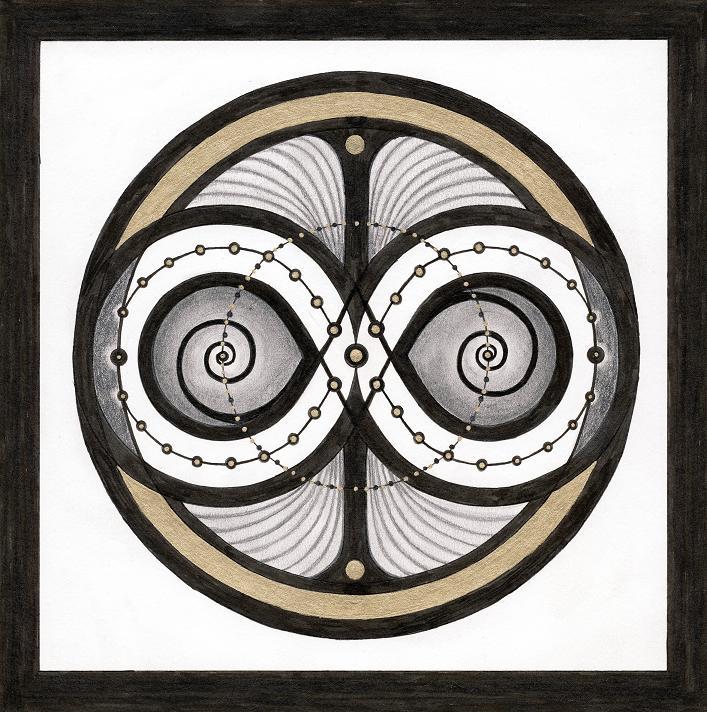 Confronted with their End, they stopped asking questions and moved on to solving the Problem, as they saw it ~ of Time and Death. They planted a seed within their minds and created another world in which to live, a self-contained, alternative timeline in which to exist, unharmed by the Laws of Nature. 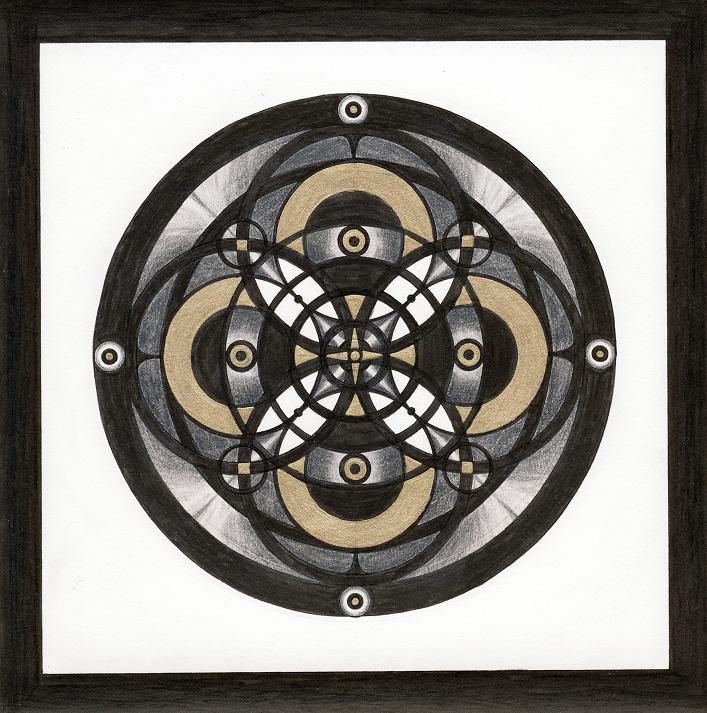 Sealed off from Reality as they had known it, they became the Eon, a drifting, circling consciousness in a sea of dormant possibility, untouched by time, suspended in Stasis…

She played with stones upon the shore
and dreamt of shadows from before
She gave them faces, names and such
She slept with those she could not touch
He sought the light from an empty place
to hold the sun in his embrace
He flew too high and singed his wing
He hid the ashes in a sling
They were as luminescent dust
of stars and suns and blood and rust
compelled to move by resonance
to find each others immanence
A supernova, a wound undone
A world made whole, a love made one
The pattern shifts to chart new course
The image leads back to the source

The Luminescence of Dust

Deep in the heart of the Draco Constellation, a Great Star went nova, and the Eon race was left homeless, wandering the galaxies, knowing too well that all, at some point, would be brought before the face of the Black Deep ~ the Eye of Life.  As Timekeepers, the Eon had witnessed the births and deaths of many systems and knew of the Cycle of things ~ but their numbers were now few, and although they lived beyond the measure of most things, even they had an end….They wandered space, searching for a planet to call home, but finding no planets capable of sustaining life such as theirs, they constructed one from the dust of the universe. 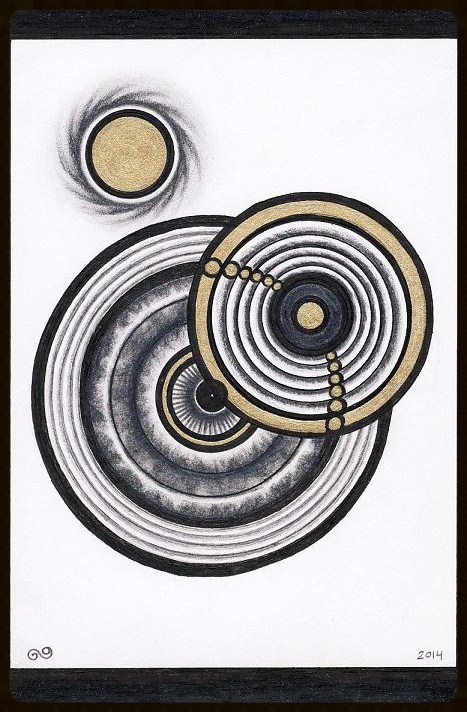 They chose to build in a binary star system with a bright and yellow sun they called Ras, and its dull blue companion, Rios ~ both stars born of the ultraviolet giant that shattered long ago, from the very Great Star that had ended the Eon world and set them on their journey…. The Eon called this ancient star Lubis, and for them, its death was only the beginning, the resurrection of its light foretold by means of a prophecy. It was by the conjunction of two Beings that the Great Star was first Created ~ and so was to be re-Created ~ as it was also by their love and ultimate union that the body of Lubis came to be scattered throughout time and space, its luminescent dust giving birth to mist and nebulae and to the Eon themselves.

With the ancient prophecy of yet another Cycle turning, the Eon waited for the time to come when the essence of the Two would converge once more, to give rise to a new Great Star ~ a new Lubis…. But in the meantime, despite their far-seeing eyes, the Eon feared their own extinction (their own re-turning) and began their experiments. Using their own DNA, they sought to isolate and capture the pure, eternal Essence of Being in order to extend their existence. After many failed attempts, they managed to contain this Essence within a stable living form, the Ebo. But there was a consequence.

While the Ebo embodied the Essence of Creation, they were as children, sensitive and defenceless against their inevitable counterpart, the Siron. In splitting the whole, the Eon created not one, but two living forms, and to their dismay they found that One could not live without the Other. While the Ebo acted as the dormant seeds of life, the Siron were unpredictable catalysts ~ active, adaptive, but often uncontrollable and destructive…. It was then that the Eon came to an unspoken realization and stopped their experiments.

They isolated the Ebo on a small island while ejecting the Siron on to a dead planet orbiting the Blue Sun. Separated, Ebo and Siron alike grew to forget not only each other, but their Makers.  With the disappearance of the Eon, both races evolved, seemingly without guidance or direction, oblivious as to their origins. The Ebo became a peaceful, nature-loving people, sustained by their sheltered island paradise; and the Siron became an aggressive, technology-based society,  striving for survival on their dark, hard planet by exploiting and manipulating its resources ~

Among them, two beings were born…

Krysalis and Corben came out of a life-long search for meaning and purpose. Compelled by life’s big questions (where did we come from? what is the meaning of existence?…) I sought the answers in many places ~ in orthodox and mystical religions; mythology and folklore; biology, cosmology, and quantum mechanics; in spiritual, new age and occult movements; and in clinical, transpersonal and Jungian psychology. Although I found many worthwhile things, I was still dissatisfied with the answers I came across. 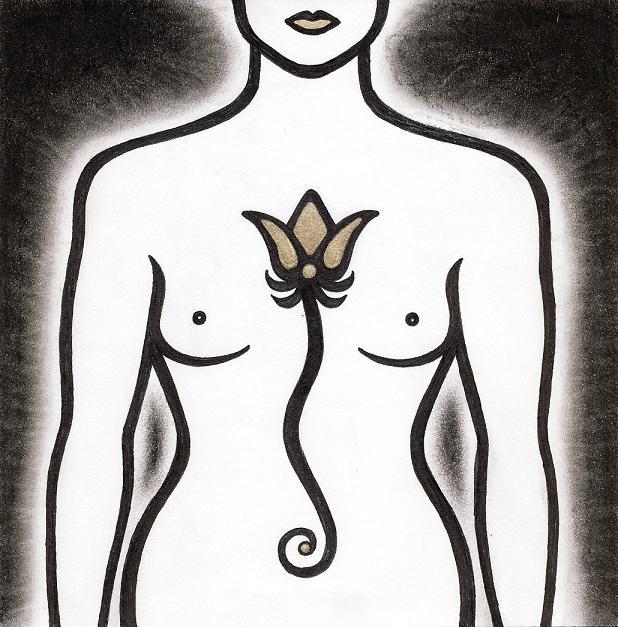 I also looked for existential insight in other people’s stories and worlds, in narrative and cinema (the 1982 filmThe Dark Crystal, in particular, was a formative seed influence of this series…) but it wasn’t until much later when I decided to stop searching ‘out there’ for answers and to create my own instead ~ my own story.

I would like to say that it was my desire to tell a story that finally propelled me to start this series, but in truth, it had more to do with the after-math of finishing my visual arts studies and the state of financial and material constraint which followed. Without a studio, and very limited resources, art-making for me came down to small ink and graphite drawings I could fit on a scanner bed. Fundamentally, this forced me to focus on the essence of what I wanted to communicate, giving rise to this web-based work in progress…

Krysalis and Corben is a narrative-based art series that came out of an inner search for meaning and purpose, and was shaped by the ideas, forms, and limits of the outer world. Through this work, I seek to explore the underlying  human need for love, connection and belonging… may it inspire others who are seeking their own answers….

The origins myth of Krysalis and Corben was created by the Canadian-based artist, Kat Vedah.
For more images and other work by the artist, please visit Author’s Websites: