Real Magic or a Pure Fantasy?

Magic, it has been said, is a process whereby visible, physical results are produced, determined upon by the trained will thought of the practitioner who has found the way to communicate and win the collaboration of appropriate angelic intelligences.   I have often wondered exactly how what we call ‘magic’ might work.

Let me now create a scenario for you. Imagine I want to bring about a preferred effect and will attempt to cause it by magic. And so, off I go with my head stuck in books and manuscripts detailing precise ingredients (bit like making a cake) to factor in, so that when they are all amalgamated – involving things like a specific date, time of day, environment, frequencies, colours, sounds, smells, self-deprivation and such – off will fly the request rather like sending an email somewhere. Cyber space might well do. 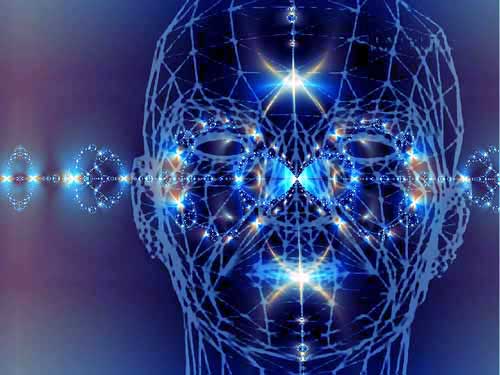 Is Cyberspace part of a Planetary Mind?

The request, or demand, depending on ego, will be received, sorted like a GPO postman might sort incoming mail and place in a position suitable for its destination, and, with the say so of some paranormal source, force or energy will grant its anticipated conclusion. What source, force or energy is consulted? Some might say it is the etheric envelope that is alleged to surround the planet, what the Theosophists would call Gaia, the Mind of the planetary body. The question I would ask is can any mere mortal force the hand of the totality of a Mind from which all inhabitants of the earth appear to borrow from, their seemingly individual brain functioning rather like a borrowed book from one overall Library? Or, might it not be that the would-be magician is unaware that his/her own brain has tuned into a future event and unconsciously going through the motion of a formulated ritual, mistakenly thinks it is their own desire and preference that is going to bring about the magical change?

If this be so, then there is no such thing as a human being able to enact magic and control the forces of Nature any more than a person standing in front of a fully raging tornado could bring about its cessation with a few words unless the storm was petering itself out anyway. 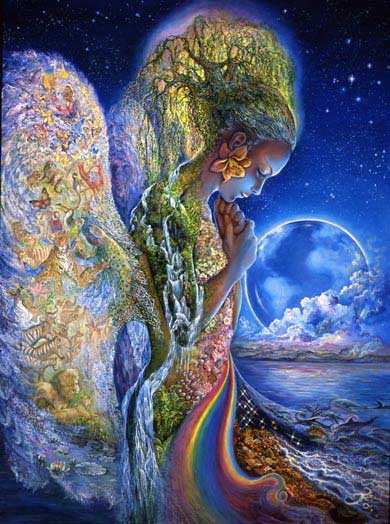 A Planetary Mind in Control?

The thought of being able to control nature is a fascinating one but maybe it is time to inspect the converse and realise exactly how much nature controls us. My own experiences tell me that consciousness IS everywhere, in every tree, stone, river, and all else and that it might respond to a sincere egoless effort to attune with it. Mother Earth can speak with us, but I doubt very much can be bullied by us. Universal archetypes can and do respond, be it to the self-styled magician or ordinary individual.

My own experiences involve that of the god Pan, Mercury, Hecate and Tibetan Tara, and often through the natural magic of what we now call synchronicity. However, we get what we are given! The god archetype Mercury brought my success when after years of trying, a butterfly, a symbol associated with him, did one day eventually land on my outstretched palm. Hecate, who is a Mother Goddess archetype that presides over tombs and burial grounds, using unrelated individuals, brought about a GPR scan at a burial ground for me (not to mention a frog, one of her symbolic associations, hopping through my bedroom window in the summer to sit motionless alongside my bed!), and Tara appears to have commandeered an actual Tibetan lama to randomly visit my home town and to bring us together as friends. Tibet is a long way from Lincoln. 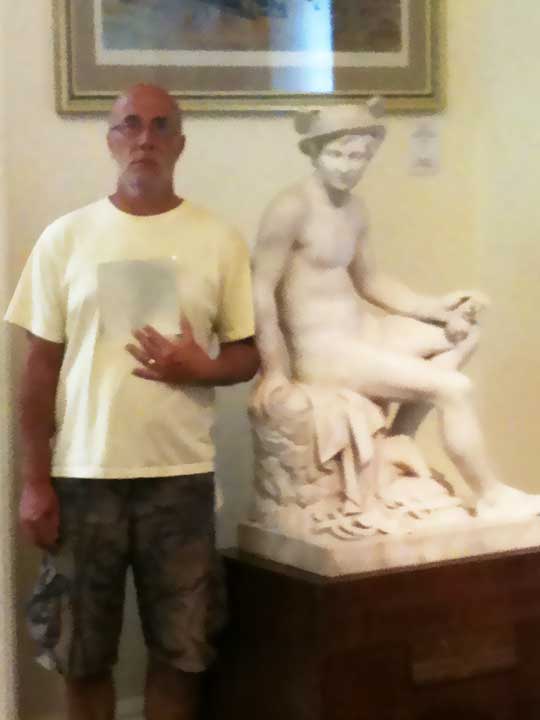 Dan Green and the archetype Mercury

All manners of types of archetypes are often visible, carved elegantly by clouds, a response to thought that may be put to the test if one has the belief, or better still the experience and knowledge, that consciousness is all around us. Obviously there is no guaranteed success rate, but often, unexpectedly, it does happen. An impressive and quite recent example is the one shared by graphic designer Carl Tidy  of Worthing, Sussex in 2005 after he had been tasked with coming up with an idea for a poster for some churches. With this contemplation absolutely up front in his mind, he stepped outside for some fresh air and  his gaze met with the archetypical image of Jesus on the cross, carved  almost to perfection by clouds in the blue sky. If we are to accept the assurances given us by Theosophy, it looks like Carl’s own mind had hooked up with the Mind of the living planet and in return the image was naturally awaiting his attention. Or, as in thinking we can do magic, Time-Space had been already mapped out and his search for inspiration and meet with the amazing cloud was always going to occur at the moment that his unconscious mind would ensure he would be stepping out for a breather. 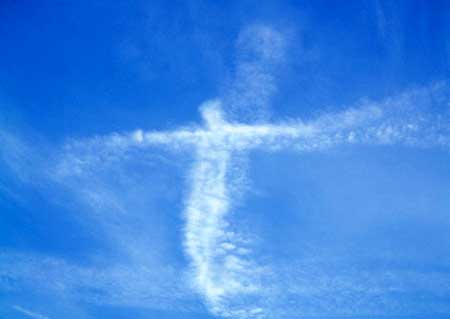 The archetypical Jesus on the cross

Critics, who are afraid to evolve from their own self imposed Dark Ages to accept modern day meaningful synchronicity at work, will dismiss Carl’s moment as a meaningless coincidence and prefer to run on the spot in their frozen time warp.  Psychology has even given a term, Pareidolia, for seeing faces in a cloud, without any respect for considering the possibility that a planetary Mind can reflect an archetype or synchronise an action. A correspondent of mine had her own encounter this year, the day after it was reported that thousands of dolphins gathered spanning seven miles of ocean off the coast of San Diego, on February 16th. With this thought fresh in her mind, the following morning she saw a single cloud sail past her home near Mansfield shortly after sunrise, and it appeared quite like a dolphin. 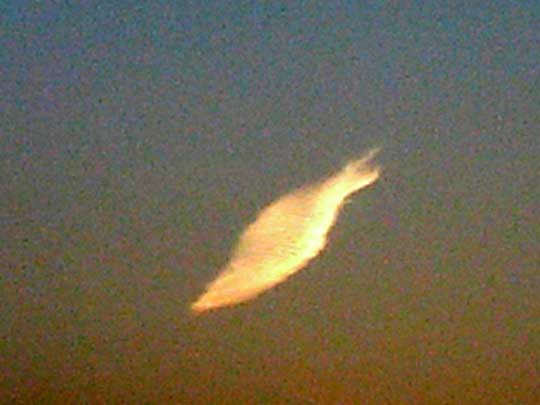 The wind is in itself quite magical for it is invisible but we know it is there, but what most of us probably do not know is exactly how it can affect us, and I don’t mean by blowing off our hats. A study discovered that 50% of heart attacks and strokes occur during the time that the wind blows at strength 4 or 5 on the Beaufort scale. An American study revealed how the number of fights amongst school children increased 50%  when the wind blew above force 6. The Foehn wind is a warm, dry strong wind located in mountainous terrain and in 1973 it was noticed in Geneva that when it increased it appeared to be responsible for over a doubling in road traffic accidents, and during the time of these winds major surgery carried out in both German and Swiss hospitals are postponed as heavy bleeding and thrombosis has been recorded as increasing, consequently causing complications prior to operations. 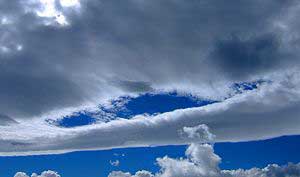 The Santa Ana hot, dry winds of Los Angeles occurring when air flowing down from the inland plateaus causing compression that warms them, has been cited as the chief suspect for a 64% rise in murder rates according to a study from a University professor in 1968 whilst collating homicidal evidence and comparing it with weather records. Other Californian assertions from even further back, claims the wind to be a factor involved in exacting crimes of passion. To bring some science into the equation the argument still seems to be revolving, some saying that still air is the container for negative ions but air such as that found during Foehn winds has the tendency to build up positive ions, the latter believed to be the causing one-third of the population their anxieties and irritability as well as nausea and headaches.

This, it is thought, could be an explanation for why weird events occur during winds that are dry. Heightened levels of the nerve transmitter Serotonin are linked with positive ions, high serotonin levels responsible for headaches and nausea symptoms in its own right.

Evidence that conflicts with the belief that gender is an occurrence by chance alone has also been accumulated as a means to show that the condition of whether a male or female child is born is inversely liable to being affected. The UK drought of 1975-6 appears to have brought about a short male baby boom in several parts of the UK, the effect of an increase of trace elements in the water after the drought ended affecting male sperm formation, announced University of London research biologist William Lyster, August 1977 average sex ratio being 140 boys to every 100 girls, replacing the normal rate of 106-100. 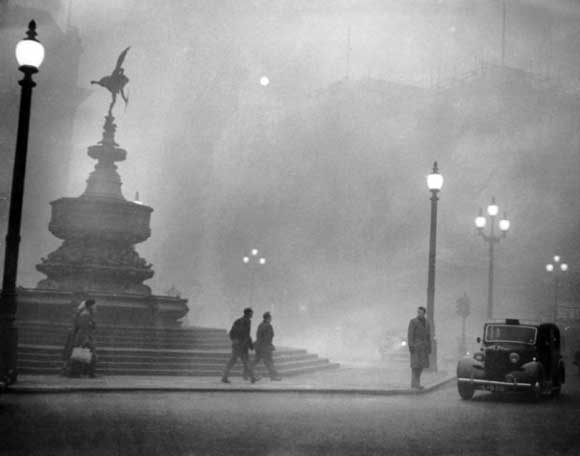 320 days after The Great Smog in London in December 1952 another change in new born sex ratio was recorded, with 109 males to 144 female births. However, as with most changes in our comprehension of evolution, more scientific data is required to affirm absolute confirmation of such events, rather like our global weather patterns right now, and we remain caught in a state of flux in our attempts to enhance our understanding.  Although many are willing to accept the maxim that today’s technology, scientists and physicists are now the medieval magicians of old – Blavatsky’s Mahatma Letters falling out the sky rather like modern emails for example – it may well be that we will never quite understand the basic of ‘magic’ until we come to terms with a basic understanding of our own planet and its capability to think for itself and we as guests on that great body, may not entirely own our own brains. 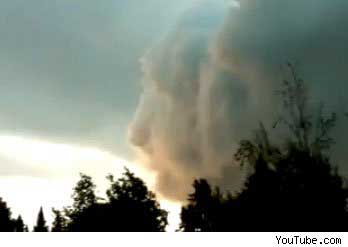 Archetypes in the Clouds