Here’s my article on the Forbidden Letters.

‘Although they know God’s righteous decree that those who do such things deserve death, they (i.e. homosexuals) not only continue to do these very things but also approve of those who practice them.’ [Romans 1] 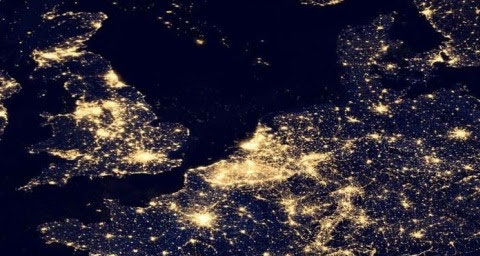 Paris and Amsterdam
In the summer of 2013 my brother directed me to the Forbidden Letters by the Paris 4 published at World Mysteries.
Being gay I was intrigued by their contents. I read through all the response articles too and decided to check whether a book had been published by Gardiner and Osborn on those Letters.I then went on a holiday and forgot about the whole thing….. Till last week.
[ad name=”Google Adsense 468×60 Banner Blue”]
I live in Amsterdam, which is considered an international Gay Capital and therefore frequently visited by members of the sexual minorities worldwide. On Sunday July 13 I was sitting on a terrace in front of the Soho Club with my boyfriend, having a drink. Two gay tourists asked a man sitting next to us how they could get to the National Gay Monument. He gave directions and used the following words: ‘It’s a big, pink triangle on the Emperor’s Canal.‘ (The Emperor’s Canal is english for Keizersgracht.) And those words rang a bell. Where had I heard the words triangle and Emperor combined before?
It was not till about thirty minutes later that the answer popped up when I was having a conversation about something else with my boyfriend: it was connected to those Letters! I wanted to check things immediately, but had to wait till we were home. I was sure that the words triangle and Emperor were used by the Paris 4 only to find out that they were actually used in one of the response articles, the one by the CE2:

“Which brings us to a little brainteaser we composed this morning. A brainteaser concerning that great day that is going to be during either the papacy of Pope Benedict, or petrus romanus. ( Like the Paris 4, we weren’t able to solve that problem either.) ‘New York. No Adam, no Eve. The triangle of the Emperor.'”(The CE2)

But, the reader will say, New York is mentioned here, not Amsterdam. Correct, but any Dutchman and most people in New York, would see through the code used here immediately, if they had solved the riddle triangle & Emperor, which I did by accident on the terrace of the Soho Club. Because New York was originally a Dutch colony and called New Amsterdam, before it became British and New York. The only thing I could not solve was the part about Adam and Eve. But things were interesting nevertheless, and I decided to search for more clues. And they were given in the Forbidden Letters unmistakebly in my opinion.
In the First Forbidden Letters the Paris 4 quote a Latin text. I showed it to a Jesuit priest together with the Magnus Strom – translation of that text:

& “The Latin (urbs transrhenana…) means:
The city over the Rhine in the year 711. The naked young boy catches fire in the silence of the night. Here starts the work of the sun. We’re awaiting the glory of the olive tree.

711 doesn’t have to be anno Domini. Could be a.u.c. (ab urbe condita, meaning: since the foundation of the city). 711, like 1170, could mean a code for January 17th too, the date of birth of the gay man in the Letters.”(Magnus Strom)
The priest said that both the Latin and the translation by Strom were correct.Now, Amsterdam is a city ‘over the Rhine’ (transrhenana). A city over the Rhine was by the ancient Romans considered any city north and east of the Rhine, which was a border-river to them. Amsterdam is an estimated 45 Miles north of the Rhine. 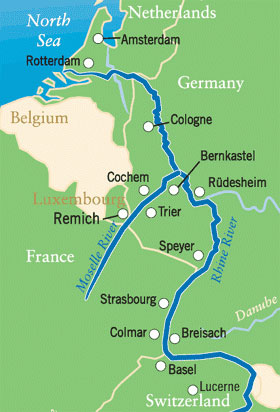 “711 doesn’t have to be anno Domini. Could be a.u.c. (ab urbe condita, meaning: since the foundation of the city).”

And that fits well, because Amsterdam was founded in 1275. And if you ad 711 years ‘since the foundation of the city’ you get 1986, the year of the rebirth of that gay man in the Letters.  Well, it was a bit older, but the year of foundation is officially 1275:

“Amsterdam was founded as a fishing village around the thirteenth century. Amsterdam developed round a dam in the Amstel river at the end of the 12th century. The name Amstelledamme (= Amsterdam) occurs for the first time in the toll concession of Floris V, Count of Holland, dated October 27, 1275.”(Amsterdam.info)

“The life of our gay man, in spite of the fact that he has a very down to earth mentality, has many strange coincidences. We are talking about the period before 1986 here. Two numbers were somehow in his mind from childhood. The numbers 171 and 172. But not those numbers exactly. These numbers could turn up in different ways. And a zero didn’t matter. So 100072 was valid, and so was 7110. Or 117. It was not untill September 1986 that he discovered that his birthday was under that number too (January 17th being 17.1). Now, there are three important data till now in his life: his birth (171), his resurrection (September 4 1986/ we couldn’t make anything of that date) and the starting point of the Night of the Soul: October 7 2000 which is 7 10 2000 = 712).”(The Paris 4 in their second Newsletter)

Now, what can we conclude from all this? That, in my opinion, that gay man (is he Dutch?) was in Amsterdam on September 4 1986 when he was consumed in Kundalini-fire.  We don’t know if he’s still there, but he is not in Paris as the Paris 4 assure us in their sixt Newsletter:

“5) Our gay man is not in Paris. And it’s of course totally unimportant where he is.”(The Paris 4)

And we can safely conclude in my opinion that the CE2 are related to, or part of the Paris 4.
But this though is not all. I discovered the strangest thing about the National Dutch Gay Monument. It consists of three pink triangles, one of the triangles has its ‘feet’ in the Emperor’s Canal, (the pink triangles point to the prossecution of homosexuals by Nazi Germany), together forming a fourth one. Strange, because four triangles can form a pyramid of course and the pyramid is the macrocosmic symbol for the microcosmic Stone of (alchemical) Transformation. A stone that, according to The Paris 4, can only be produced in certain homosexual men. Men with a perfect balance of the inner male and female. And is that what the CE2 mean by “No Adam, no Eve”?
‘In view of the recognized frequency of this phenomenon [of homosexuality], its interpretation as a pathological perversion is very dubious. The psychological findings show that it is rather a matter of incomplete detachment from the hermaphroditic archetype, coupled with a distinct resistance to identify with the role of a one-sided sexual being. Such a disposition should not be adjudged negative in all circumstances, in so far as it preserves the archetype of the Original Man,which a one-sided sexual being has, up to a point, lost.’ [Carl Jung “Concerning the Archetypes and the Anima Concept,” CW 9i, par. 146./italics by me] 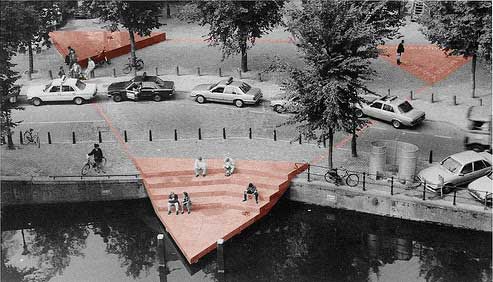